Our scholarships have been awarded to 90 dancers. Meet our scholarship holders who have completed their individual career plans. 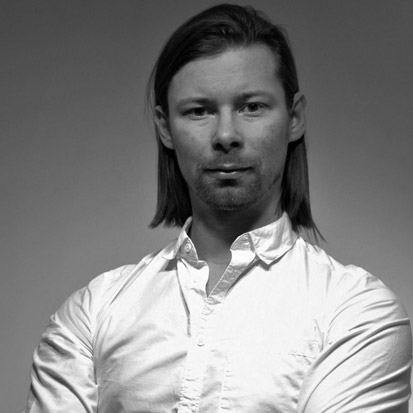 An IT specialist-software developer and a dancer. He danced his first ballet role already during his primary school education – the main role of the Prince Albert in ballet performance of Giselle in the Grand Theatre in Poznań. A soloist and coryphée of the Poznań ballet and a soloist of the Polish National Ballet. He danced the following leading roles – John in Zorba the Greek, Prince in The Nutcracker, Don Basilio in Don Quixote, Edmond Dantès in The Count of Monte Cristo, Prince Siegfried in the Swan Lake. He co-operated with numerous theatres in Poland and danced at many ballet galas abroad. In 2014 he received the Gloria Artis Silver Medal Award for Meritorious Service to Culture granted by the Polish Minister of Culture and National Heritage.

I currently work as an IT-specialist – it is a cool and interesting job. I must admit that I am continuously upgrading my skills in this field. Java programming language is my absolute passion. My educational base in IT is solid – I have graduated from MA studies and completed additional qualification courses. I feel stable in the job market. Currently, as Deputy Manager of the IT Department, I am responsible for network administration, computer systems and work management of my Department.

It was 7 years ago when I started thinking about career transition. I was aware that I cannot work as a dancer forever. It took me one year to come up with a solution as to what other professions can potentially give me satisfaction on a daily basis both at work and during my studies. I embarked on a journey towards getting to know myself anew by analysing my characteristics and potentials. I noticed that I have a highly analytical mind, which, by the way, was very helpful in dancing. I kept observing my interests and school subjects that I was especially good at as a child (mainly the sciences). I recalled that already as a child I loved computers and made my first attempts at coding data and writing simple algorithms. That made me take up IT studies during my career transition process.

During the transition process, I had a couple of tough moments. The first one was admitting (in front of myself) that I want to change my profession. The second one came when I began the IT studies – the first year was extremely difficult, I was overloaded with work and I saw how much learning is ahead of me (at that time I asked the theatre director to give me less work in terms of repertoire so that I could both work and study at the same time). And finally, the last and most difficult moment, when, after serious surgery, I finally realised that I have to find a new job in IT because I will not be able to dance professionally again.

I like being challenged and thatʼs why I was able to draw a lot of energy from each exam session I took and each test I managed to pass. I was one of the oldest among the students but at the same time, I was able to achieve results much better than my younger colleagues (and each year my grade point average was much better than theirs). I was motivated, I knew exactly what I wanted.

I must admit that my wife and the way we organised our family life so that I was able to study were of huge support in my transition process.

I got a new job in a new profession already after the first recruitment process that I have decided to participate in (I responded to a job ad). After less than 2 years, despite having the shortest tenure among all the employees, I was promoted from the post of a clerk to the post of a deputy manager of the department. This rapid promotion was the result of my freshly acquired knowledge and the skills I had developed as a dancer such as responsibility, reliability, systematic approach and inventiveness. It was thanks to these skills that I managed to bring a breath of fresh air into my department. Many of my ideas have been used and implemented.

Today, in hindsight, I only regret that I did not start the whole career transition process a little earlier, maybe at least two years earlier. I must admit that after just a few months in my new profession – I felt just the way I did at the very beginning of my career as a dancer. I was full of passion, energy and curiosity.

I strongly encourage dancers to embrace change. I feel that the career transition process has opened up the world for me. The world of dance is beautiful but also, to a certain extent, a bit hermetic. It is as if the dance world was just a part of a much broader reality, and this reality is huge. In fact, you can do whatever you want. All it takes is your will and courage. The job market is open to everyone. All you have to do is find the things that give you pleasure. That is how it worked for me – with dancing and with my current profession.

If I were to give some advice to dancers who are at the beginning of their professional career, I would say – “Enjoy what you do but be aware that a career of a dancer is short and that 20 years can pass in the blink of an eye. That is why, I suggest that you start looking for an alternative career path already after 10 years of dancing professionally.”